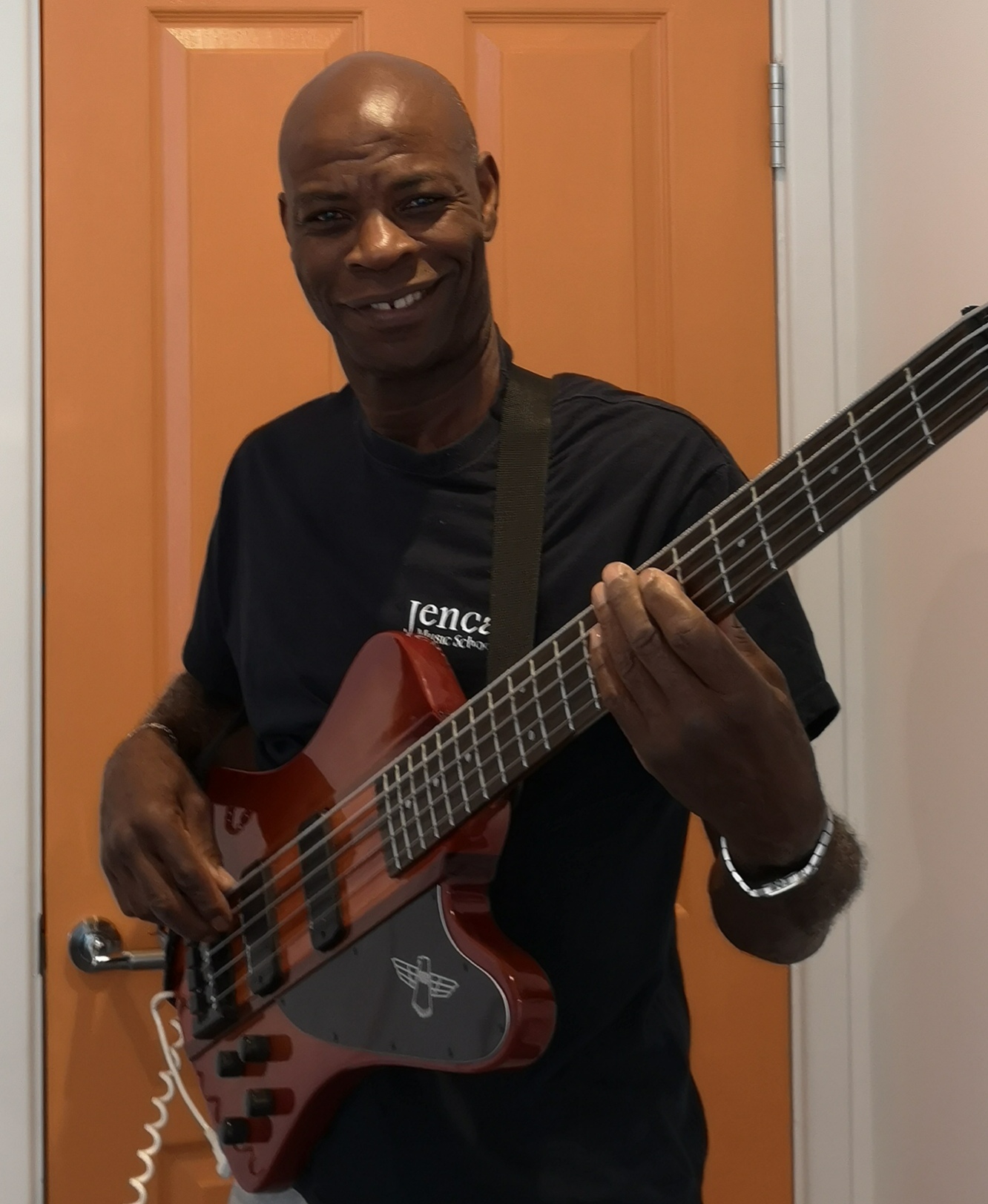 Douglas Joseph goes by many names, like Dougie, ‘the Duke’ or sometimes people even call him “Mr. Funk”.

Originally from Dominica in the West Indies, Dougie now lives in Jersey. He first started playing bass way back in a basement flat in Bristol, but from the moment he picked up the bass guitar for the first time, he was hooked and has never put it back down.

He joined a soul band, and toured England, Wales and overseas, before moving to Jersey, where he continued to play all the classics in hotels. Moving on, he then started playing in many styles such as Pop, Reggae, Funk, and Slap style.

Dougie has played in several bands in Jersey including Driver, Skintight, and currently for band L is M.

Dougie has become an integral part of Jenca and has taught here over nearly 20 years achieving great success with the Rockschool grade syllabus and encouraging and mentoring students to form bands.

His daughter Dawn who hails from Jersey was the lead vocalist for the internationally successful band The Brand New Heavies, and she has also sung with Cliff Richard, Kylie Minogue and currently works alongside Rick Astley in his live shows as well as fronting her new band MF Robots who recently supported Lenny Kravitz.

Dougie can still be seen playing in clubs and pubs around Jersey, but he has now become the premier bass tutor in Jersey offering great understanding and skill levels through his teaching of the bass guitar and he always looks forward to welcoming new students to Jenca.

Book a lesson with Dougie