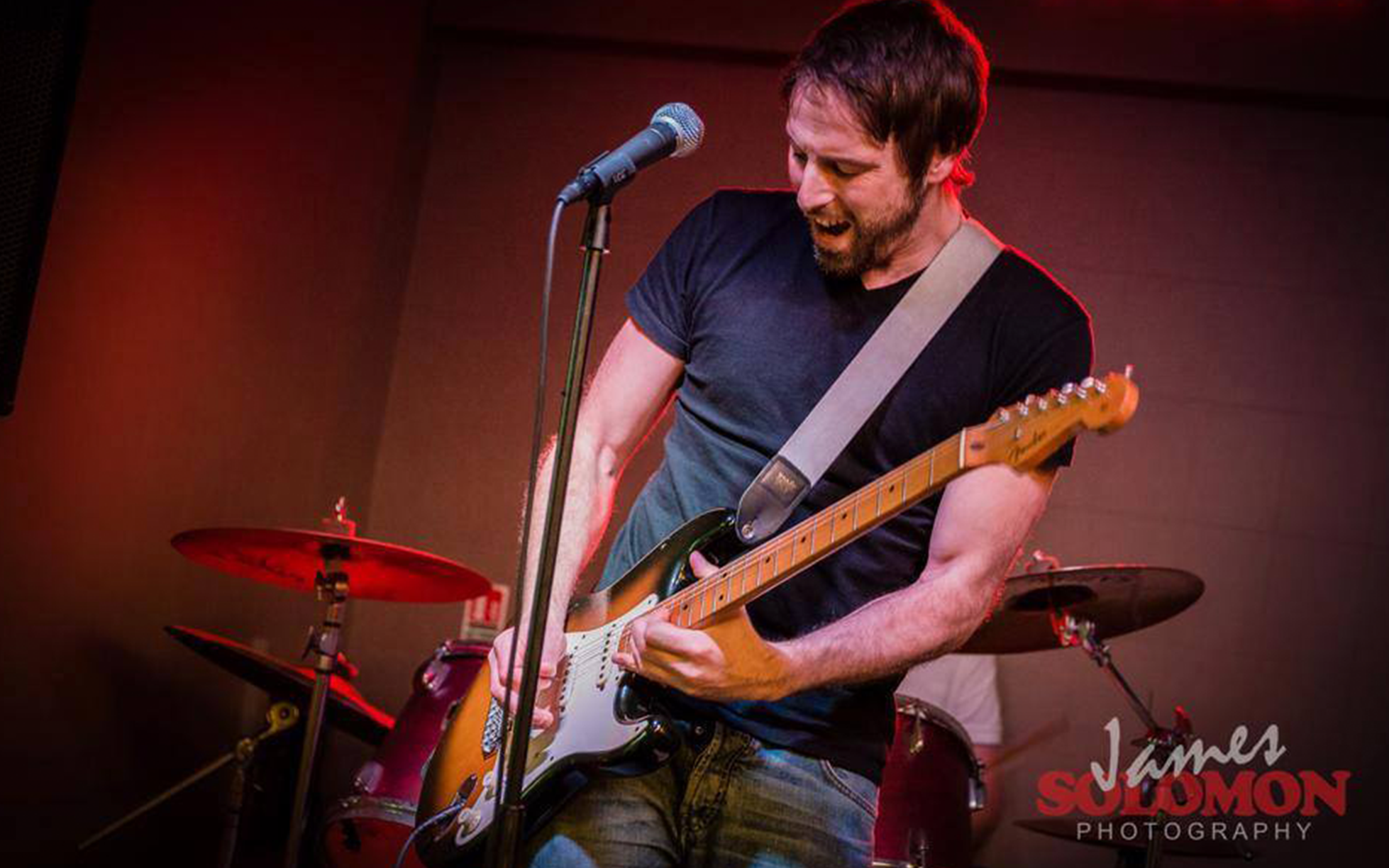 David started playing guitar at the age of 11. By his mid-teens, he was playing gigs in various venues around his hometown of Wigan, whilst also studying music at an academic level.

After playing in several bands he became a regular on the Manchester gig circuit and also played shows around England with his band Ideal Crash. During this time he got the chance to play with some of the bands who influenced him as a young guitarist. David decided to broaden his musical horizons by moving to Australia

Here, he became part of the Australian cover circuit, touring with bands Max 7 and Danny Mayers (vocalist with Australian legends The Deltones). Four years, many miles and many gigs later, he decided to come back to the UK and settled with his family in Jersey.

He plays regularly in a couple of local bands including with Jenca Principal Martyn Cast in Acoustic Shock where he hopes he can put the Jersey music scene on the map.

David  is a valuable member of the JENCA guitar department

Book a lesson with David